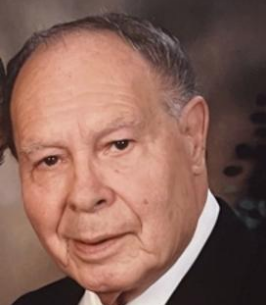 Calogero Pitruzzella was born in Italy on August 30, 1924, and passed on May 14, 2022. He is survived by his loving wife, Maria Pitruzzella, his two children, Ernesto and Nuccia Alessandra Pitruzzella, and his two grandchildren, Elisabeth, and Daniel Pitruzzella.

Calogero was the eldest among six siblings and after his father’s premature death at a tender age, he became the head of the household. Always the free spirit, Calogero spent his free time with his favorite horse, but always yearned for adventure and eventually decided to journey the world, traveling to Venezuela in his youth, and eventually following his younger brother, Vincenzo, migrating to the Big Apple in the Land of Opportunity.

In 1958, Calogero married his loving wife, Maria, who would remain by his side for 63 heartfelt years as his loving and devoted companion in life until his last days. Very soon after their marriage, Calogero and Maria had their children, Ernesto, and Alessandra, of whom are carrying on his legacy today. In 1972, he made the voyage with his family, coming to America settling in New York, where he worked in the city utilizing his skills in tailoring high-end clothing. There, he worked with prestigious fashion designers, using his passion to provide for his family, while also bringing the fine Italian tailor-quality to the women’s garment industry where he developed a strong reputation for himself until he ultimately retired at the age of 72.

Eventually, in the ‘90s, Calogero will be introduced to his grandchildren—Elisabeth and Daniel, who will carry on the family name into the next generations. Calogero was always a caring and light-hearted grandfather, wanting nothing more than to be surrounded by the ones he loves. For those he’s left behind, he will be sorely missed and loved—but we look to his life, rather than his death, to celebrate in his accomplishments, his loving and kind heart, and his tenacious free spirit. We love you, Papi e Nonno.